The Sofia Fund of Tanzania: About 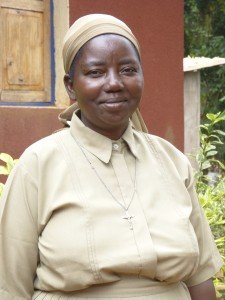 Just outside the gate to the Grail center at Kisekibaha, Tanzania is Chekechea. It is the home to Feliciana, a young Grail member and the 15 young Maasai girls who call her mama. Over the past 10 years the Grail has gradually brought these girls to live here at the request and with the blessings of  their birth mothers. These women know that the only way for their daughters to escape female genital mutilation (FGM), early marriage and the very difficult life of Maasai women, is to get an education and live outside Maasai culture. They attend the Montessori preschool at Chekechea, (Feliciana is the sole teacher/administrator), or walk to the primary school nearby. They come speaking only the Maasai language and must learn Swahili and English. Their beauty and their stories are heartbreaking. 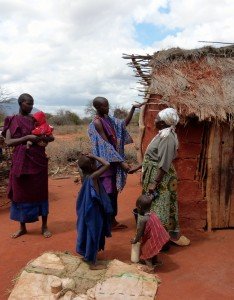 Ten years ago Grail members Honorata Mvungi and Maria Goretti, concerned about the practice of female genital mutilation, (FGM), began reaching out to the Maasai people. Isolated geographically and socially, the Maasai have guarded their culture and lifestyle from outside influences. FGM is considered normal practice for all Maasai girls, a right of passage into adulthood. In Maasai culture FGM means girls are ready for marriage.
Through their work, Maria and Honorata were introduced to the family of Moses and Lea, a Maasai couple. In many ways they are a typical Maasai family.
Cows are central to their lives, a source of food, wealth and status. They live far from towns, without electricity and running water. Their food, clothes and traditions are all Maasai.  But, unlike others,  they have built a permanent home out on the bush and  Moses has only one wife, Lea.

Lea knew that for her daughters to escape FGM and survive outside the Maasai community, they would need to leave their home and get an education. She asked the Grail women to take her daughters, raise them and help them go to school. In a leap of faith, Honorata and Maria agreed to do just that. 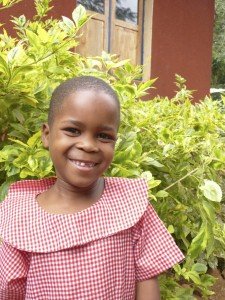 What’s in a name:

Sofia, seen here, is the youngest of all the Maasai girls living at Chekechea. Sofia was named after Honorata’s mother and her name means wisdom. Sophia was chosen as the name sake for this fund because she embodies the spirit and energy of these young girls.

She radiates beauty and hope for the future. 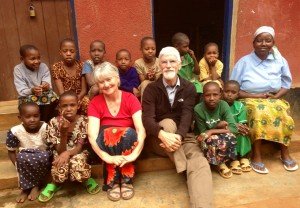 Grail Member Mindy Burger and Denny Burger sit with Feliciana and the young girls at Chekechea.

United States Grail member, Mindy Burger had the opportunity to travel to Tanzania and visit The Grail centers there. Please check out her blog, Making Connections, to learn more about her experiences and why she believes The Grail in the USA needs to play a vital role in helping these young girls.

To see some photos from her trip click here.

A Message From Mindy: 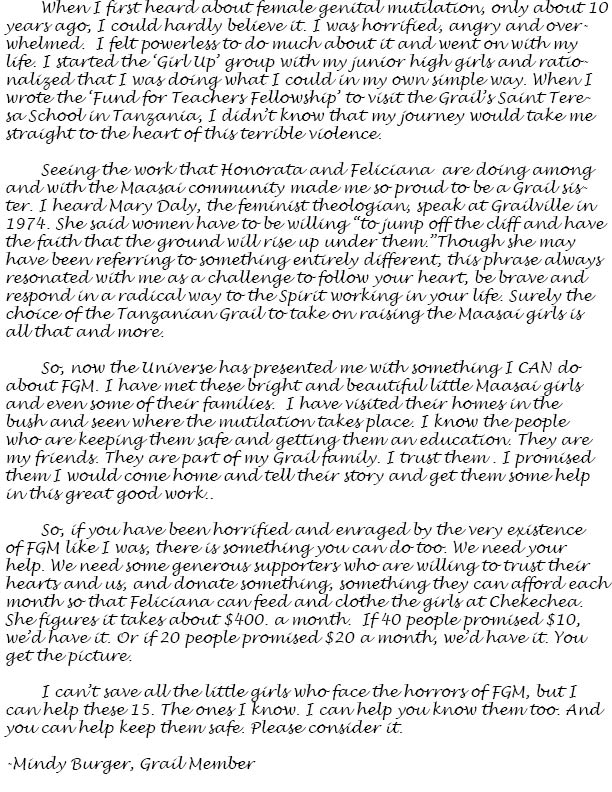 Any cookies that may not be particularly necessary for the website to function and is used specifically to collect user personal data via analytics, ads, other embedded contents are termed as non-necessary cookies. It is mandatory to procure user consent prior to running these cookies on your website.

Analytical cookies are used to understand how visitors interact with the website. These cookies help provide information on metrics the number of visitors, bounce rate, traffic source, etc.

Performance cookies are used to understand and analyze the key performance indexes of the website which helps in delivering a better user experience for the visitors.

Advertisement cookies are used to provide visitors with relevant ads and marketing campaigns. These cookies track visitors across websites and collect information to provide customized ads.